Cannabis (Cannabis sativa L.) is an influential yet controversial agricultural plant, with a very long and prominent history of recreational, medicinal, and industrial usages.
https://www.frontiersin.org/articles/10.3389/fpls.2020.573299/full
The global cannabis market size was valued at USD 10.60 billion in 2018 and is projected to reach USD 97.35 billion by the end of 2026, exhibiting a CAGR of 32.92% in the forecast period 2019-2026.
https://www.fortunebusinessinsights.com/industry-reports/cannabis-marijuana-market-100219
The use of Cannabis is gaining greater social acceptance for its beneficial medicinal and recreational uses. With this acceptance has come new opportunities for crop management, selective breeding, and the potential for targeted genetic manipulation. However, as an agricultural product Cannabis lags far behind other domesticated plants in knowledge of the genes and the genetic variation that influences plant traits of interest, such as growth form and chemical composition.
https://journals.plos.org/plosone/article?id=10.1371/journal.pone.0247607
The use of genomics in cannabis has its roots around 25 years ago.

However, despite the number of studies conducted using dominant markers and co-dominant microsatellites, only Soler et al. (2017) opened to the concrete possibility of using these molecular tools for breeding goals, including the improvement and development of new varieties. Most of the studies were instead focused on germplasm management, genetic discrimination of varieties and forensic applications.

While any marker-assisted breeding strategy in cannabis is still far to be explored, marker-assisted selection has already been successfully used. One of the main achievements that contributed the most to the shift from traditional to molecular breeding in cannabis, is the release of the first two genomes of C. sativa in 2011 (van Bakel et al., 2011). Since then, many studies focused on bioinformatic analyses of these genomes to nine molecular markers tightly linked to expressed genes (Gao et al., 2014), and hence useful for cannabis marker-assisted characterization and selection studies. The availability of sequenced genomes also allowed the identification and exploitation of thousands of SNP variants, which together with Genotyping-by-Sequencing (GBS) approaches, enabled the analysis of the genetic diversity of several cannabis accessions belonging to hemp and medical/recreational varieties. The use of GBS in Cannabis spp. has been recently described by Soorni et al. (2017), which analyzed 98 samples from two Iranian germplasm collections, obtaining over 24 thousand highly informative SNPs. Also, in this case, SNP markers proved to be useful not only to classify samples belonging to different cannabis varieties but also to identify polymorphisms associated with genes belonging to the cannabinoid pathway, like THCAS and CBDAS (delta-9-tetrahydrocannabinolic acid synthase and cannabidiolic acid synthase, respectively) (van Bakel et al., 2011; Onofri et al., 2015; Weiblen et al., 2015; McKernan et al., 2020).
https://www.ncbi.nlm.nih.gov/pmc/articles/PMC7546024
Linking chemotype to genotype has also enabled deeper insight into a novel consumer-centric classification based on genetic markers associated with chemical expression

In addition to paving the way for empirical taxonomic classification, genetic information can provide insight into the extent and distribution of genetic variability, population structure, phylogenetic relationships, as well as providing the essential tools required to perform marker-assisted selection in order to improved homozygosity and trait stability. In addition, genetic information can faithfully identify matching multi-locus genotypes across disparate accessions. This feature may be particularly useful in seed-to-sale tracking as it provides an irrefutable identity for each individual accession and paves the way for cannabis variety registration and protection. 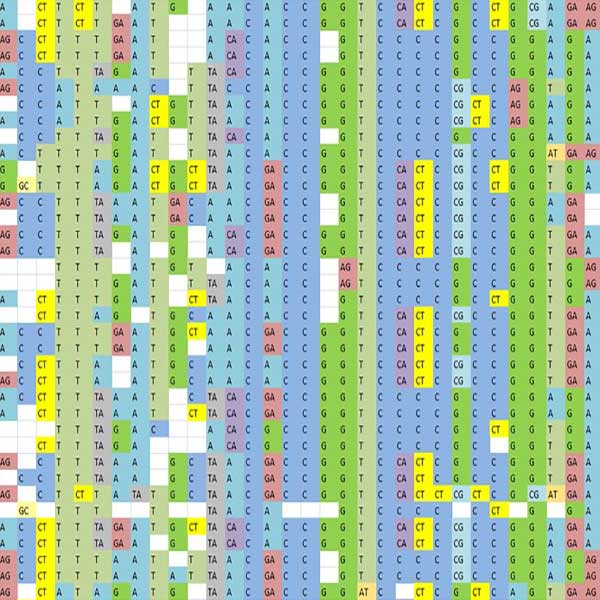